James Cleverly leads a debate calling on the Government to support Essex County Council’s proposals for the dualling of the A120. 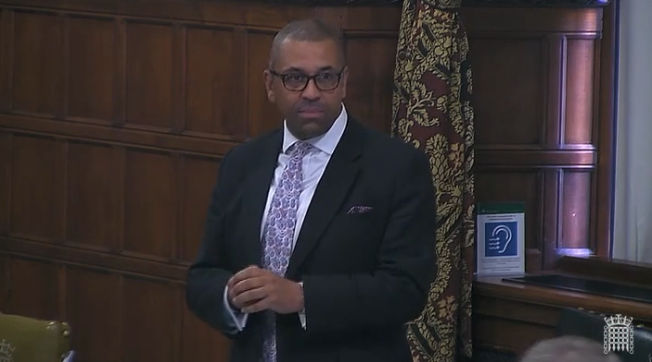 That this House has considered the proposal to dual the A120.

It is a pleasure to serve under your chairmanship, Mr Hollobone. A line in my maiden speech to this House in 2015 was a request of the Government. I said that I would fight for the Government to

It got a chuckle at the time, if not today. The point was that much of the town of Braintree, after which my constituency is named, is regularly blighted by heavy congestion and long tailbacks. My commuters and residents experience frustration because the A120 is regularly backed up to both the east and west of Galley’s Corner, a major interchange. To the west, people trying to get to the major retail site at Freeport are often stuck in traffic, as are people coming home from work. To the east of that junction, a number of small villages that straddle the A120 are brought to a standstill because of the tailbacks.

For those who are unaware of the geography of the A120, the section we are speaking about starts just to the south of Braintree and stretches across to the junction with the A12. It is part of a major east-west arterial route in a significant part of the country in both cultural and economic potential terms. Stansted airport is on it, and at the other end is the seaport of Harwich. There is a natural flow from an airport to a seaport, yet in the middle—the section we are speaking about—it reduces to an unsegregated minor road with one lane in each direction.

James Cartlidge (South Suffolk) (Con)
I congratulate my hon. Friend, who has been a doughty campaigner on this issue, on bringing the debate forward. Does he agree that the A120 is a road of national significance because our region is a net contributor to the Exchequer and that, if it wants that to remain the case, we need the infrastructure in East Anglia and the south-east that supports Essex, Suffolk and the whole region?

James Cleverly
I thank my hon. Friend for that point. He is right, and he invites me to come on to what I think is a credible pitch for why this road needs improvement. I am certain that my parliamentary colleagues who have constituencies along the route will enhance and reinforce some of the points that I will briskly make, to give time for others to speak.

I have already mentioned having a major airport and a major seaport at either end of this section of road, but ambitious plans have been discussed by local government at both district and county level to unlock the economic potential of this part of Essex and, in doing so, reinforce the economic potential of one of the few net contributory regions to the UK economy. The east of England is one of the net contributors to the UK economy. We want to contribute more, and we would be able to if we could unlock the entrepreneurialism and business acumen of the people who live and work in our part of the country.​
Both at district and at county level, there are ambitious plans for business investment and housing investment. Housing is interwoven with the necessity for good quality infrastructure—transport infrastructure, as well as digital and water infrastructure, and social infrastructure such as schools and doctors’ surgeries. It is absolutely key. The road is currently well out of date; it is at best a 1950s or 1960s road, dealing with a 21st-century level of traffic. Improving and dualling this road, rerouting it and taking away the pinch point at Galley’s Corner will not just benefit my constituents in Braintree—although as their representative here that is what I am passionate about—but it will benefit the county as a whole and the country as a whole.

The reason I talk about residents, local government and businesses is that we speak with one voice on this issue. It has been incredibly important to us that local residents, local small businesses, local businesses, Members of Parliament, district council and county council are all on the same page. We are keen not to miss the chance to get funding from Government in the next few years to relieve the pressure on a congested and often dangerous road.

I conclude by saying to the Minister that at this time we need to ensure that the whole of the UK economy is optimised. We have a fantastic opportunity ahead of us. We are now talking about international trade really, for the first time in a generation. For a road in the home counties, with an airport and a seaport, to still be so under-resourced is no longer acceptable. I ask Government to look seriously and sympathetically at the route that Essex County Council has put forward as its favoured option, because if the Government are able to support it, we can help the Government to pay the bills.